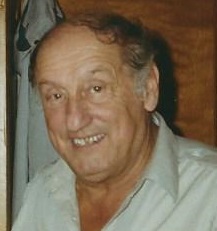 There were quite a few of them from my Dad’s generation back then here in Amsterdam. Today they call them fancy names like entrepreneurs or job creators but back in the day, right after World War II, they were the guys who just worked harder and longer and smarter than everyone else. Otto Greco was at heart, a painter. He was honest, took pride in his work and didn’t try to cut corners when it came to doing a job the right way. He started his own painting business called West End Painters after the War. He married his wife Josephine in 1953 and together they would raise two sons and all the while Otto’s business kept growing.

When a huge job was being bid in the late fifties, he noticed another Amsterdam firm called Port Jackson Painters on the bid list. It was owned by Amsterdam resident, Joe Carlucci. The two men made a deal. If either won the bid they would combine their crews and form one company and that’s exactly how the Amsterdam Painting Company was born. Before you knew it, their painters were painting just about every new commercial building going up in Amsterdam as well as plenty from outside the area as well. Business was good but Otto wanted to take it a step further.

Painting contractors just like every other type of business get better prices on the supplies they need to complete their work when they can buy in bulk. Otto figured if he opened up a paint store and did his own paint color mixing, he could buy his paint in larger volumes and what he didn’t use on his contracting jobs could be sold in the store. Now this was several decades before “Do It Yourself” became a hot consumer trend as well as a television network, but when Otto opened the doors to his new Amsterdam Decorating Center at 333 West Main Street, it was busy from the get go. It seemed as if everyone who needed a gallon of paint in the Rug City drove down there to buy it and they’d always pick up a brush, some roller heads and a roller pan as well.

A huge key to the retail store’s initial success was Otto’s brother Tony Greco, a well-liked crackerjack store salesman who had worked for years at Sears. Otto had convinced his sibling to join him in the business and Tony proved to be the perfect choice. In addition to paint the store sold all kinds of wall and floor coverings and maintained a talented team of installers who were kept constantly busy.

With both the store and contracting business booming, Otto could finally sit back and enjoy the fruits of his labor but he never really did. He was too much of a hands-on guy to stay away from the store for long and he enjoyed interacting with his customers. I used to buy all my paint there. Otto would always start laughing when I walked through the door of his store because he knew it meant my Wife had roped me into a home improvement project and he also knew I hated to paint! He’d always tell me a story about when him and my Dad were kids growing up on the West End. He’d also always throw a roller head or paint brush on the counter and tell the cashier “That’s on the house.”

Otto Greco died in 1992 at the much-too-young age of 67. He lived long enough to see his good ideas turn into a great Amsterdam business.