One of the things I would like to initiate if I’m elected Mayor of my hometown is “The Amsterdam Games” competition. Like the Olympics, it would include events in a variety of different sports activities but those activities would be focused on Amsterdam’s own traditional favorite recreational pastimes. Among them would be softball, 3-on-3 basketball, golf, bowling and darts. These would be team competitions and there would be divisions for different age groups and I would definitely organize a team of my own to participate in my age group and the very first person I would call to be on my team would be today’s Amsterdam Birthday Celebrant and my lifelong friend, Dave Malkowich.

The truth is that “Malk” was one of the greatest all-around Amsterdam-born natural athletes of my generation. There was really no sport in which he failed to excel. Up until high school he was a star in the City’s baseball, football and basketball youth leagues but when he got to high school, he decided hoops would be the game on which he’d focus all of his attention. 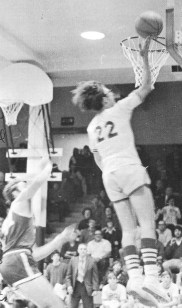 Dave had amazing natural speed. I’m convinced he could have been an all-league sprinter in track and an outstanding football receiver as well. I remember playing baseball with him as a kid and watching him hit bombs from both sides of the plate. After not picking up a bat for three or four years he was invited to play City Night Softball and all he did was lead that very good league in batting average, hits and home runs that season. He started golf late like I did, but unlike me, he had his handicap in single digits almost instantly. He was so good at darts that he eventually competed in tournaments throughout the state.

As for his basketball career, he played for Amsterdam High in 1970-71, during what would be considered the program’s lean years. He was the team’s high scorer during his senior season and he was good enough to play on the Union College JV team in 1972-73. In fact the first date I ever took my future wife on was to watch Dave play a game at Union. 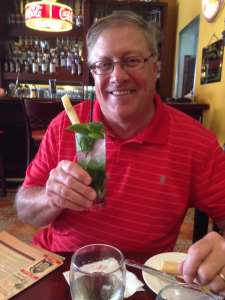 Dave ended up at Indiana University and then got married to his wife Donna. They initially settled here in Amsterdam, where both their son Brett and daughter Lauren were born. They then moved to western New York and have now retired to Indiana to be closer to their kids and grandkids.

So Dave, if you’re reading this get ready for my phone call. We may not win a Gold Medal in the first ever Amsterdam Games next summer but I guarantee it won’t be your fault and we will have a blast trying!