For such a small town, Amsterdam certainly had had it’s share of individuals who have gone on to successful careers in the entertainment industry. Today’s quiz tests your knowledge of ten such Amsterdamians (actually 11 with the bonus question). How many can you get correct? The answers are posted at the end of this post beginning right below the final question. Good luck…or perhaps I should say; Break a leg! 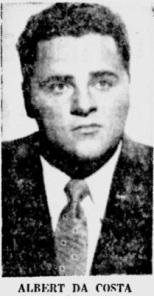 1) In April of 1954, this son of an Amsterdam clothing store co-owner won the Metropolitan Opera “Audition of the Air competition” and was signed by the Met for their 1955-56 season. Using the stage name “Albert DaCosta” quickly became a widely respected rising Opera tenor. Can you identify the clothing store his father owned? 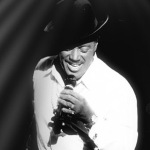 2) This Amsterdam resident became part of one of the most popular and longest running  “Tribute” acts in Las Vegas history with his uncanny portrayal of Sammy Davis Junior. Who is he?

3) This Amsterdam native became the operations manager at Saratoga Performing Arts Center in 1977. Can you name him? 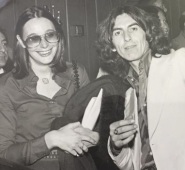 4) After graduating from St. Mary’s Institute in 1966, this Amsterdam native pictured above with George Harrison got her degree from Stony Brook and headed for New York City where she began a stellar career in the music industry during which she managed the concert tours of some of the most legendary rock bands in history, including the Rolling Stones, The Who and Lynyrd Skinner Band. Her Dad’s family ran a popular Amsterdam Dairy. Any idea who she is?

5) This member of the Amsterdam High School Class of 1970 was one of this town’s all-time great Rec Softball Players before moving south to pursue his career in law enforcement and eventually becoming an actor. His recent credits include appearances in a James Franco film and the Walking Dead TV show. Can you identify him?

6) She was one of Bert DeRose’s greatest talent discoveries from the Amsterdam High School Class of 1954 and she went from regular appearances on the old WRGB talent show, “Teenage Barn” to becoming a headline nightclub singer and scoring a starring role in close to 2,000 performances of the national touring version of the hit Broadway musical, The Flower Drum Song. Who was she?

7) In 2013 she became the only Amsterdam native to be nominated for a Daytime Emmy Award as Best Supporting Actress in a Drama Series. Who is she?

8) She’s the sister of the answer to number 4 above and she also happened to put together a great career as one of the most talented seamstresses in the entertainment industry, stitching the wardrobes and set components for some of Broadway’s biggest blockbusters. Who is she?

9) Of all the bodies buried in Amsterdam’s Green Hill Cemetery, her’s appeared in featured roles of the most Hollywood films. Who was this long-ago leading lady? 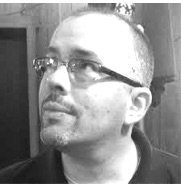 10) This Amsterdam native became nationally known beginning in 2002 when his wise and witty online reviews of each American Idol episode were drawing millions of hits at the Entertainment Weekly Web site and becoming must reading for fans of the hit show. Who is he? 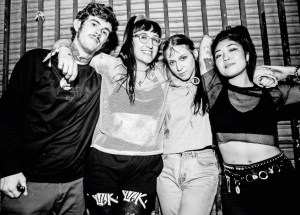 Today’s Bonus Question: The Amsterdam native has become one of the most respected guitarists in the punk rock genre. He is pictured above (at far left) with his band Krimewatch, which has played major venues all over the world. What’s his name?

The answers to today’s quiz appear below: