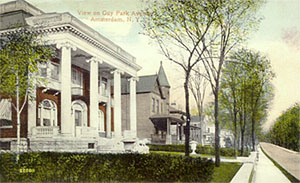 This category tests your knowledge of the geography and history of some of Amsterdam’s best known thoroughfares. Today’s featured street is Guy Park Avenue. You’ll find the answers to today’s questions beginning  right beneath the final question:

1) In 1960, there were four different schools operating on Guy Park Avenue. Can you name them all?

2) Five different congregations have operated Houses of Worship on Guy Park Avenue since I was born in 1954. Can you name three of them? (Hint: two of these houses of Worship are no longer in operation)

3) Can you name the three supermarkets that operated on Guy Park Avenue, all located between Guy and Wall Streets during the 1960s?

4) More Amsterdamian’s have been born on Guy Park Avenue than on all the other streets in our city combined. Can you explain why this is true?

5) What was the name of the street before it was renamed Guy Park Avenue?

6) Where did the name Guy Park come from?

7) What Amsterdam industrialist was the first resident of this Guy Park Avenue home? 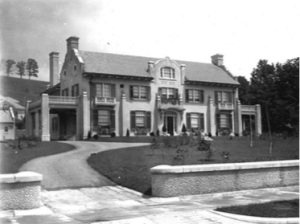 10) Which of these local businesses was never located on Guy Park Avenue?
a) Quandt’s Wholesale Foods
b) Hardies Electric
c) Morrison and Putnam’s
d) Kem’s Cleaners

Bonus Question: A local public school was named after a one-time resident of the 231 Guy Park Avenue home pictured below. Any idea what school I’m referring to? 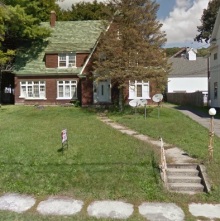 The answers to today’s Amsterdam Trivia Quiz questions appear below:

Answer to question number 3: The three Guy Park Avenue-based supermarkets that were once located between Guy and Wall Streets were the A&P, Grand Union and Acme Supermarkets. 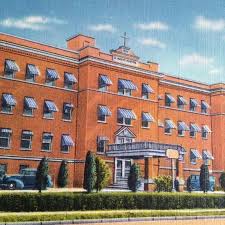 Answer to question number 4: The reason the majority of babies born in Amsterdam came into this world on Guy Park Avenue is because for close to sixty years both Memorial and St. Mary’s Hospital were located on Guy Park and St. Mary’s, the only remaining hospital in the city today, still conducts its maternity activities there.

Answer to question number 5: Before it was renamed Guy Park Ave, it was called Spring Street because of the natural spring that flowed beneath it.

Answer to question number 6: The name “Guy Park” came from “Guy Johnson” who was a nephew of Sir William Johnson, the man who first settled the land on which Amsterdam is located. Guy joined his uncle in America in the 1770’s and eventually married Sir William’s daughter Polly. Sir. William gave the couple a square mile plot of land alongside the Mohawk River. Guy Johnson built his house on that plot and the square mile estate became known as “Guy Park.”

Answer to question number 7: The original owner of this still-standing majestic home on upper Guy Park Avenue was David Chalmers, founder of the Chalmers’ Knitting Mill that once dominated Bridge Street on Amsterdam’s South Side.

Answer to question number 8: Though he was born in Schenectady where his Mom Clarissa hailed from, long-time WTEN News sports anchor William “Rip” Rowan Jr. did his growing up in Amsterdam, NY. He resided on the lower “200 block” of Guy Park Avenue and he graduated from Lynch High School in 1953.

Answer to question number 9: The correct answer is “b” but though Whitey Murray never lived on Guy Park he spent a large part of his life there. The founder of the Amsterdam Little Giants Football League ran the Texaco Gas Station that was situated opposite the top of Guy Street, where the Stewarts store is now located.

Answer to question number 10: The correct answer is “c”, the long-time Amsterdam music store Morrison and Putnam’s was last located at the corner of Division and Wall Streets, at the site now occupied by the New Dimensions Health Clinic. The other three businesses were all long-time Guy Park Avenue addressee’s. Among these businesses, only Hardies Electric remains in operation though in a new location on Clizbe Ave.