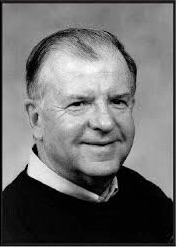 When I called Bert DeRose and asked Amsterdam’s all-time greatest stage director to come up with a list of his top ten all-time favorite productions, the first words out of his mouth were “Oh my, they were all my favorite!” But after I explained my Amsterdam All Time Top Ten’s writing project he said, “OK, give me two weeks and I’ll come up with something for you.” Well I just picked up the “something” he came up with and I’m thrilled to share the first five of his choices with the readers of my blog:

He began his list with the following statement: After 48 years directing 172 theatre productions it was very hard to pick favorites and that is because of the wonderful talent I was blessed to work with. I was very fortunate that Amsterdam provided me with outstanding creative personalities over the years, not only cast members, crews and musicians, but also the people who supported and helped me to bring live theatre to our city. People like Virginia Noble, Art Hoefs, Jerry Frank, Bob Turner, Bonnie Cook, Otto Miller, Robert Kent Kyler and Charelle Flanigan, all using their creative talents to make our productions a success. That being said, I have selected the following: 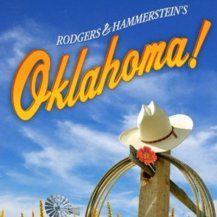 Oklahoma – Produced by the Amsterdam Recreation Commission in 1958

This was the first musical that I directed. Amsterdam was the first city in Upstate New York to use teenagers in such productions. The cast age ranged from 7-to-16 years old, Gordon Cantiello being the youngest. Gordon is now a drama director himself, directing productions on the college and community theatre stage. The lead male in Oklahoma was a high school senior named Chester Kukiewicz. I was able to to get Chester to enroll at my alma mater, Ithaca College. He later became Chet Curtis, a top news anchor on TV in Boston.

(Editor’s note: the female lead in this production of Oklahoma was Mary Lou Calleo.) 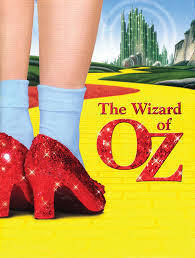 This was a fun show. We took the cast to various elementary schools for previews. It was a joy just to see the reactions on the younger students’ faces. I directed this show twice, about a decade apart so that different generations got to see it.

(Editor’s note: DeRose was a promotional genius.Those previews he did at the city’s elementary schools didn’t just help make these productions sellouts, they also inspired hundreds of youngsters in this community to want to act, sing and dance when they got to high school as well. Here’s the list of the featured role actors in the two Wizard of Oz productions DeRose directed: 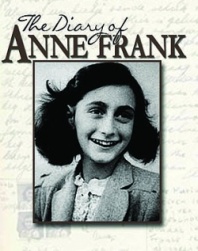 This emotional show featured a strong cast of dramatic actors from the high school’s Thespian Society. We introduced them to lots of research including Army films of the Holocaust. It was well received and we decided not to end with a traditional curtain call because we wanted the audience to go home thinking.

(Editor’s note – Charlotte Citron won the 1961 Kirk Douglas Award which was given annually to the best acting performance by an AHS Thespian for her performance as Anne Frank.) 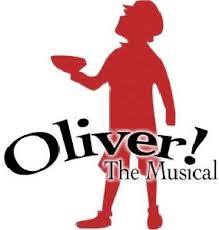 The production in 1967 gave me a chance to cast younger children in a Broadway masterpiece. I wanted them to sense the joy of performing in front of a live audience and gain confidence in themselves as human beings. They did not disappoint me. In 1977 the new high school opened. I felt reviving Oliver was the proper musical to introduce the Amsterdam public to the beautiful auditorium at the school. I wanted to bring the entire school district into the play so I cast board members, administration, faculty and students from the elementary, junior and senior high schools. All of them blended beautifully!

(Editor’s note – What Mr. DeRose failed to mention above is that he himself played Fagin in the 1977 production opposite his lovely daughter Michele DeRose MacShane, who played Nancy. Roly Diaz starred in the title role of Oliver. Ten years earlier, Phil Bracchi played Fagin, the talented Sharon Watroba was Nancy and Bob Tolson played Oliver. It should also be pointed out that the beautiful AHS auditorium that hosted the 1977 production has since been fittingly renamed The Bert DeRose Theatre.)

What a wonderful story and music. This was a challenge and I loved it!! My cast was outstanding. How those students could act, sing and dance. We packed the theatre every night of the performance.

(Editor’s Note – Remarkably, the leads in this show, Barbara Geddis as Mary and Larry Avery as Tony, had never before appeared on stage in a leading role and they nailed it. As did the always wonderful Mary Riccio as Anita and John Allen, who played Bernardo. Debbie Swart and Bob Tolson did a dance number in this play, which was choreographed by Robert Kent Kyler that brought down the house.  In the Recorder review of West Side Story’s opening night performance, Art Hoef’s wrote “To those who thought West Side Story was a bit too ambitious for DeRose and his people–you’re wrong!….How do they keep it up year after year?”)

I wish to thank Bert DeRose for the thought and effort he put into this list. His greatest legacy of course will not be these plays. I know scores of people whose futures he helped shape for the better and not just career wise either, though there are plenty of those too. Some of the teenagers he put up on Amsterdam’s stages were at points in their lives when they were really struggling with self confidence and self worth.  They will tell you themselves that being a part of Bert’s productions helped them realize they could be successful. Hearing that magical applause proved for them that paying attention, taking direction, working hard and as part of a team really did pay off.

What are the other top 5 productions Mr. DeRose singled out? You will have to wait until my Amsterdam All-Time Top Ten book comes out later this year to get a look at them. 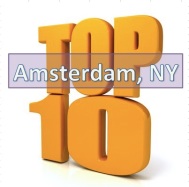