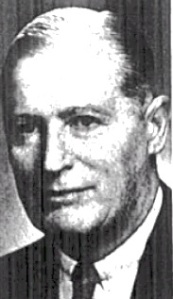 James Donald (J.D.) Smeallie was born in Amsterdam on November 21, 1892, the third child and second son of P. Henry and Katherine Morris Smeallie. His older brother, J. Morris Smeallie chose a career in the Navy, becoming an Admiral who just before World War II was charged with the responsibility of defending the Philippines from naval attack. J.D. attended Cornell University and joined his father’s company in 1913. He took over as president of the company and ran it for the next three decades, the only interruption being his service in the Army during World War II.

I tell you all about that company in the new 2nd Edition of my book “A Year’s Worth of Amsterdam NY Birthdays” which will be available for sale on Saturday, December 10, 2016. If you’d like to receive a copy from the first printing, fill out this reservation form and someone will contact you. The book will also be on sale at Liberty Fresh Market (4867 NY Route 30, Amsterdam, NY 12010) beginning that same day!