Jack Saroff was certainly one of the all-time great science instructors ever to teach at Amsterdam High School. He did so for 42 years, beginning in 1937. He taught physics to distinguished Amsterdam natives like Rocco Petrone, who helped man land on the move and Robert Laudise, who became one of the world’s leading authorities on synthetic crystal growth for electronics application. And there were so many others, young Amsterdam women and men who were inspired by Saroff to continue studying science in college and to use the knowledge he helped them attain to launch and enjoy outstanding careers in engineering, research, medicine and education.

Today’s Amsterdam Birthday Celebrant was born on August 5,1908 in a small village in Russia to Jewish parents, when that huge country was still a monarchy, and under the rule of the Romanov’s. The family immigrated to America just before Russia got involved in WWI and settled in New York. After high school, Saroff went to what is now the University of Albany and graduated with a teaching degree in 1932. He was hired to teach at Amsterdam High School in 1937. For the next four decades he would lead the effort to make the science program offered at this city’s public high school second to none.

Before I provide more details of Mr. Saroff’s distinguished career, I’ll share a personal experience I had as his student. I was a senior taking Physics from him at AHS in 1972. On two days each week, we had a double period, the first class being a lecture followed by a lab in the second session. In between, he’d give us a ten minute or so break during which he would often challenge one of us students to a chess match and if we could beat him, he would give us a homework pass or a one grade upgrade on the next test, I forget which. Now by this time in his career, Mr. Saroff was in his early sixties and acted quite forgetful and disorganized at times, especially when he was playing one of us in chess. This demeanor combined with his mad-scientist persona had earned him the nickname “Whacky Jack!” Sure enough on the morning I played him, he’d make a move and then run up to his desk and read something or set up a piece of equipment for the upcoming lab. Whenever he’d do this, I would grab one of his pieces off the board. Before long, I had swiped most of his back row with the exception of his king and maybe a rook and when I’d shout “Your move Mr. Saroff,” he would run back to the board, survey the situation and make another move without seeming to notice my unsavory swipes of his pieces. By this time the entire class was in on my prank and huddled around the chess board. We all just stood there with our mouth’s open when he was still able to somehow “checkmate” me! Forgetful? Eccentric? Whacky? Yeah right!

Back in the 1940’s Saroff was championing the need to make the teaching profession more attractive as a career choice. In 1946 he testified in front of New York State Governor Thomas Dewey’s Education Committee in the State Assembly Chamber in Albany. He testified that after thirteen years in the teaching profession his take home pay amounted to $47.63 per week. He told committee members that in order to pay his bills and be order to feed his family he sold shoes on Friday and Saturday nights and taught night school on Monday and Tuesday evenings. He knew that paying teachers more for teaching would free them to be able to invest the time and effort necessary to become better teachers and nobody worked as hard as Saroff did to get better in the classroom.

Saroff was awarded a National Science Foundation Scholarship at Union College and the prestigious Shell Merit Scholarship at Cornell University. A New York State scholarship made it possible for him to help the district’s elementary teachers to become better teachers of Science. He also served on the statewide committee that prepared physics regents exams. His classroom was always well provisioned and kept updated with the very latest tools and technology for teaching physics. Which reminds me that we had a lot of fun as students with Mr. Saroff’s wave machine.

He served as president of the Amsterdam Teachers Association in the early 1950’s and in 1977 the senior class at the high school dedicated their yearbook to the veteran educator.

Mrs. Saroff was an elementary school teacher in Amsterdam and their only son, Elliot was the Valedictorian of the Amsterdam High School Class of 1957. Jack Saroff passed away in June of 2001 at the age of 92. Decades after he retired from teaching and eighteen years after he passed away, this long-ago champion of Amsterdam’s teaching profession and the science education of generations of our City’s public school students is being honored with induction into the Amsterdam High School Hall of Fame!

He shares his August 5th Birthday with this former merchant who certainly belong’s in Amsterdam’s Downtown Hall of Fame if one is ever created. 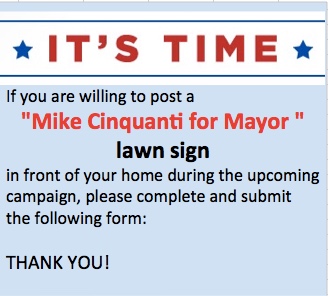