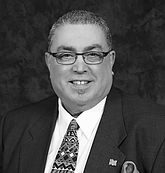 His adult life has been filled with official titles. He’s been a chief, a president, a mayor, and a supervisor but most folks refer to him by the unofficial one he inherited at birth, which is “Duke.” John “Duke” Duchessi is an Amsterdam lifer who grew up on Lincoln Avenue, played football and wrestled for Amsterdam High School, graduated from Brockport University and married an Amsterdam native named Janice Mercadante. After beginning their marriage as VISTA volunteers, they settled in Amsterdam and Duke kicked off his career as a member and future chief of the Amsterdam Fire Department. He succeeded Mario Villa as Mayor of Amsterdam in 1996 and served in that office for the next eight years, until he was defeated by Joe Emanuele. Of all the chief executives we’ve had in this town over the last half century, none of them studied or loved the process of governing more than Duke did and still does. I remember listening to him pretty much lecture what appeared to be a half-asleep common council on the importance of planning and having shovel-ready projects on the shelf and thinking he was wasting his time. But to his credit, he not only got a Master Plan put together by the time he left office…

(This Amsterdam-born priest, who was one of the most decorated military chaplains in WWII was also born on Flag Day)

My complete birthday post for John DuChessi will appear in the new second edition of A Year’s Worth of Amsterdam, NY Birthdays, which will be available before the 2016 Holiday season. On June 30, 2016, I will also once again begin distributing an Amsterdam, NY Birthday Blog Monthly Newsletter that will include the full birthday posts for three of the twenty-to-thirty  people whose birthdays I will recognize each month. Each newsletter will also include an Amsterdam Birthday Quiz that will test your knowledge and memory of people and events in your hometown.

The monthly newsletter is free. If you’d like to receive it, just make sure your name and e-mail address are included on this list. If you received the first wave of Amsterdam Birthday Blog newsletters sent during the Fall of 2015, your name is already on the list. But if you’re not sure, go ahead and sign up again because our software will eliminate any duplicate e-mail addresses.