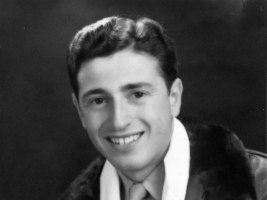 Today is Amsterdam native Lou Rossi’s 97th Birthday. He was born on a farm off Belden’s Rd on February 14th, 1920. His family moved to DeWitt Street a few years later where Lou grew up a proud South Sider and graduated  from Wilbur Lynch High School in 1939. He served his country as a Marine Air Corp navigator on a bomber crew that flew several perilous missions in the Pacific theater during WWII. He then came back to Amsterdam, got a job as a carpenter at Schenectady GE and met and married an Albany hairdresser named Louise Corapi. Like many of Amsterdam’s greatest generation, Lou decided he wanted to start a business of his own so he launched RoLu Construction Company and began the long hard slog of finding work, establishing his name and building his reputation. He was tremendously successful at all three. It wasn’t long before he was building houses all over town and taking on large-scale commercial construction and remodeling projects throughout the Capital District area. Those were the days when a young, skilled, hard-working local entrepreneur like Lou could walk into any of the several local banks that used to do business in this city and get five or ten thousand dollars to get a project started by just signing his name and shaking the bank manager’s hand. Much of this town got built with those handshakes.

He and Louise were busy on the home front too. They raised four children and Lou ended up building the Six-R Snack Bar on Route 5S across from the Recorder offices which became a popular breakfast and lunch destination for the next decade.

I was welcomed into the Rossi family in 1976, when I married Lou’s youngest daughter Rosemary. The rest of the family had to prime him with about 150 ounces of chianti on the Christmas Eve I asked him for his daughter’s hand and to this day he doesn’t remember saying yes to that request. My wife insists it was just  a coincidence that he and Louise relocated to Florida that same year I became part of their family.

Seriously, I owe Lou Rossi a lot. He gave me a job when I had none. I can’t tell you how many times he has built, fixed or replaced things in the houses I’ve owned, saving me thousands of dollars in the process. He gave me my wife which in turn has put four wonderful children and six amazing grandkids in my life. Plus it is such a cool feeling to be able to take your grandkids for a car-ride and point to a house or place of business and tell them “Your Grandfather built that!”

I’m amazed by the fact that he’s turning 97 today. He doesn’t look his age, act his age, think his age or fear his age. He still climbs ladders, does his own plumbing and repair work, bowls every week and puts his pants on without sitting down on a chair or leaning against a wall (don’t ask me why in the World I know that!)

On behalf of his wife, his kids, his grandchildren and great-grand-kids we wish our family’s patriarch a wonderful 97th Birthday!